The University of North Carolina at Chapel Hill
Hey New Students & Families! Check out this guide we've created for you to answer your questions and more! Learn More 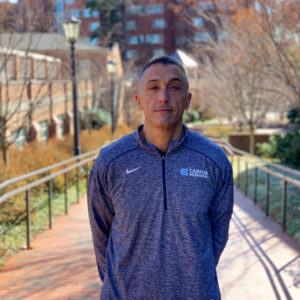 Joel was born in Chapel Hill, but spent most of his childhood on a small farm in Winterville, N.C. He returned to Chapel Hill in 2002 to attend UNC, and shortly after secured a job with the Exercise and Sport Science Department. It was at that time Joel discovered his love for physical fitness and recreation. He spent eight years working in the Fetzer Hall Equipment Room, and he officially joined the Campus Recreation staff as the Facilities and Operations Coordinator in 2010. In his free time, Joel spends time with his little girl, Chloe, and loves to be active outdoors, read and watch old movies.