The University of North Carolina at Chapel Hill

Home Snakes Are Great At Surviving Starvation: Inspired By My Week of Babysitting a Snake
October 27, 2015 by Emily Wheeler

Snakes Are Great At Surviving Starvation: Inspired By My Week of Babysitting a Snake

Last week, I had the “pleasure” of babysitting a pet corn snake for 8 days at my house. My one condition of the agreement was that I would not be responsible for feeding the snake (I’m not a fan of thawing frozen fetal mice for some reason), and I was told not to worry about it because “Oswald will be just fine without eating for a week.” Sure enough, he was perfectly fine and I didn’t even see him all week because he stayed curled up in a log until the very last day, when he finally came out and decided to shed his skin. (Even though I didn’t see him all week, I found peace of mind in the heavy organic chemistry textbook sitting on the lid of the tank.)

As a curious nutrition major, I couldn’t help but think about the impressive nature of a creature that can not only comfortably survive a week without food, but can also survive much longer than humans under starvation conditions. After doing some minor research, I learned more from an interesting study on snake metabolism during starvation. 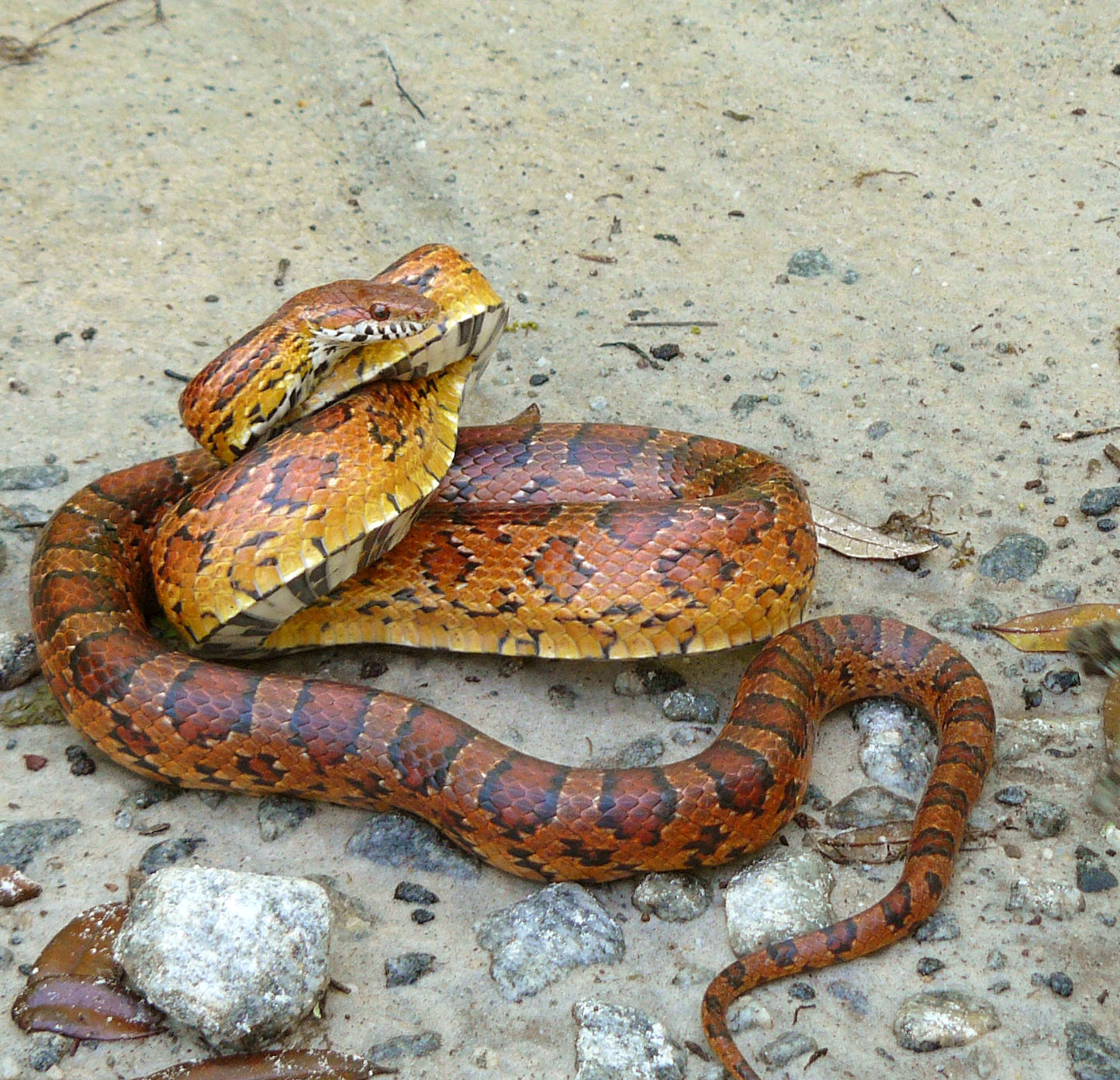 The study, published in Nature in 2007, noted that some snakes had previous been observed to survive for up to two years without food, and the study’s purpose was to understand how this was possible. Many animals have different mechanisms of surviving extreme conditions, including hibernation and torpor, where animals lower their core temperature and become extremely inactive or lethargic during periods of low food availability—usually during winter. Penguins, hedgehogs, and polar bears have all adopted this adaptive behavior.

Snakes, however, remain active during long periods of starvation. The amazing part is that they even manage to grow in length while they starve!

Marshall McCue, a biologist at the University of Arkansas, Fayetteville, studied three species of snakes (ratsnakes, pythons, and rattlesnakes) by keeping them in cages where they were unable to alter their activity levels or body temperature, because the atmospheric temperature was kept steady at 27ºC.

The snakes were starved for 168 days, a period of time in which he knew they would not die but which was long enough to get a sense of what their bodies were doing under conditions of long-term starvation. He measured their metabolic rates indirectly by measuring their oxygen consumption throughout the starvation period. He was amazed to find that the snakes lowered their resting metabolic rate by 72% while still remaining active enough to bite and without lowering their body temperature!

The biochemical mechanism for this feat is still not clearly understood, but McCue hypothesized that they snakes may be lowering the density of mitochondria, a part of cells that is responsible for producing energy from carbohydrates, fat, and protein, in their liver and heart.

When humans are under starvation conditions, they first use up all of their stored carbohydrate energy, then turn to fat, and finally begin breaking down their own body muscle proteins for energy—although the overlap and levels of each energy source use is complex. None of these energy stores can burn out completely before a starving person or animal dies, because the body cannot sustain itself without some level of each.

McCue said “In most starving animals, allowing lipid (fat) levels to fall below 10% body mass is a death sentence,” but the snakes were able to fall down to 5% body fat before they began breaking down significant amounts of their body proteins.

While the snake’s ability to remain active while drastically reducing their resting metabolic rate is noteworthy, perhaps more impressive is the fact that many snakes are actually able to continue to grow in length under starvation conditions. McCue said, “To me, this suggests that there must be a strong selective advantage to growing longer.”

This increased knowledge about snake’s incredible ability to adapt to food-scarce conditions over long periods of time improves understanding about their survival as a living animal with one of the earliest evolutionary origins recorded.

I suppose I didn’t have much to worry about concerning not feeding Oswald for a week after all.